Two days away from Washington, hit my first real rainy day and was an inch away from ending my trip out here…more on that later though. Overall, I think Oregon was absolutely beautiful. The diversity throughout Oregon was the most unique up to this point on the trail. Every few days Oregon’s scenery would change dramatically. You could go from walking in the woods, to walking on lava beds pass volcanoes, to spending a day or two making your way around these incredible mountains one after the other. All in all I thought Oregon was pretty badass.

The real issue I had with Oregon though, was this ongoing ankle injury. Everyday I was dealing with some serious pain. Sometimes I would literally walk for miles dragging my foot taking one step at a time like you see in the movies. As beautiful as Oregon was, this pain would get me so frustrated that it made it difficult to truly enjoy Oregon’s beauty to the fullest. In return that would get me even more frustrated. Here I was walking pass amazing scenery and all I could think about was the pain in my ankle. Plus this is the first real injury I’ve dealt with on trail and mentally it started to get to me. At this point, mentally I knew that I wanted to do bigger mile days and could handle that. On a physical level though, I could only do around 20’s and would have to call it. I can usually ride out pain pretty well, but day after day it would break me down. The only upside to this is that Oregon is the easiest section on the trail. There’s very little gain or loss when it comes to the altitude. So if there was a section to have an injury, this was it. I got new shoes and insoles waiting for me at the start of Washington and I’m praying that solves the issue. A lot of people talk about how Washington is like a smaller sierras. It’s constant gain and loss but the altitude doesn’t match up to the sierras. With that being said, I don’t know how I’d get through Washington the way I did with Oregon. I just squeaked by getting through Oregon so I got my fingers crossed that these shoes and insoles do me justice.
It’s wild to think that I’ve been out here doing this for over four months now. The mindset and different ways that I’ve felt during each month has varied dramatically. First month, couldn’t be more excited. Second month, still excited but exhaustion was starting to kick in. Third month, in every which way possible was an incredibly tough time for me out here. Now the fourth month. Excluding my ankle pain, my time in Oregon was very strange. Not in a bad way though. From the start I could just feel the difference between Oregon and California. Oregon has this calmness to it that you can almost feel. Along with that, my mood and thoughts started to shift. I think within the 2-3 month range of a thru-hike, it’s easy to get carried away by your thoughts and fears. You either push them aside and run on auto-pilot, or you indulge them completely and let them run wild. But the thing that I noticed now is that I’m at that point where I watch my thoughts on a day to day, minute to minute basis. There’s zero distractions out here. No “I have to go to work or do this or that so I’ll think about that later.” For someone like me who tends to be in my head a lot and likes to figures things out, this has been a blessing and a curse. It’s been a blessing in a sense that I’ve been able to look at things from a new perspective and been able to deal with fears without pushing them aside. I just watch everything for what it is and try not to throw any attachments on them. But there are times when the same story just plays on repeat and it becomes difficult trying not to get swept away with it. I feel at this point, that the craziness that I was dealing with from the third month has calmed down drastically and to go into Washington with this mindset has got me excited.
Now, to bring this full circle. With these last two days in Oregon raining back to back, while being predominantly cold the entire time, I’m just getting a little tiny taste of what’s in store for Washington. My big realization with the rain is to not underestimate it…obviously. Two days away from Washington and I was and inch away from hurling over the side of the trail. I was in an upbeat mood for whatever reason hiking in the rain and was headed for a big downhill section moving pretty quickly. As I was going down I stepped on a wet rock and completely lost my balance. Think of the scenes in a movie where someone trips and they try to do everything they can to not fall. Yea, that was me. Full on bafoon. At the last second I was spun around with both of my feet landing right at the edge of the trail. Within a split second from that, the momentum of my pack caught up and smacked me in the back pushing me forward just enough to the point where I was literally on one foot trying to stop myself. Now, thanks to my outstanding impeccable godly core and my profound reflexes, I was able to keep my shit together. I can’t say for sure how bad it would of been if I went over, but my trip would of ended without a doubt. After that, I kind of just stared in disbelief realizing the bullet I just dodged. Shit man, I’m just trying to make it home in one piece at this point. With that being said, I’m hoping to have this all wrapped up by October 1st. There’s no guarantee on finishing the trail once October starts because that’s when the winter in Washington rolls in. These days are already starting to get cold, so the sooner the better. Thanks for following along up until this point and thanks for reading. 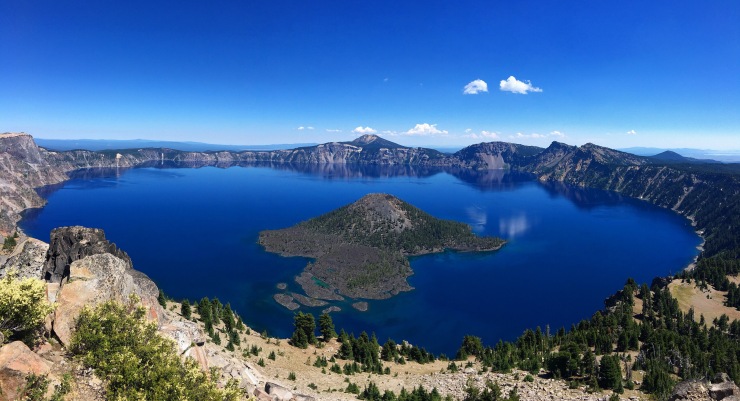 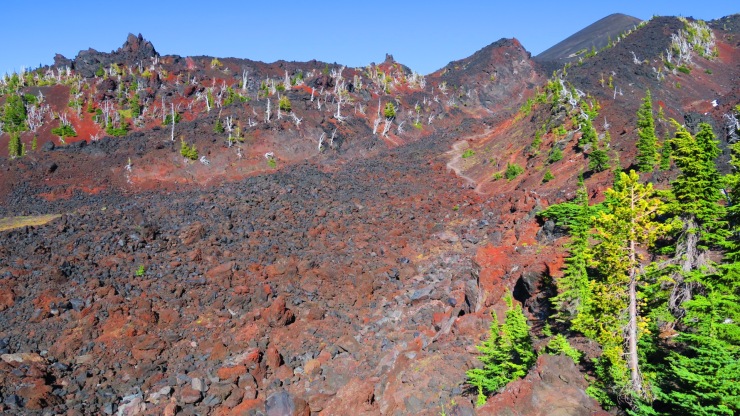 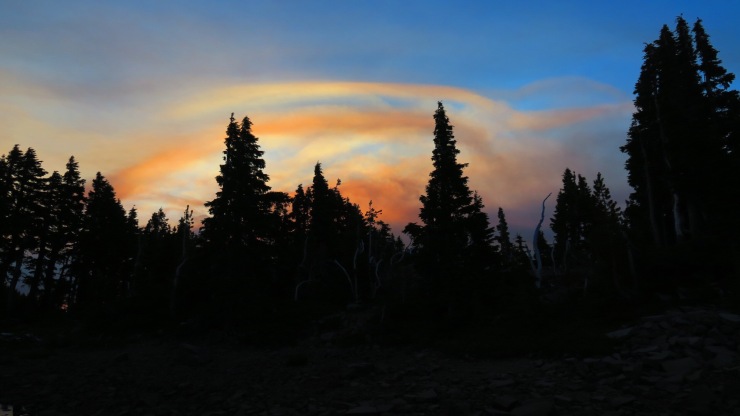 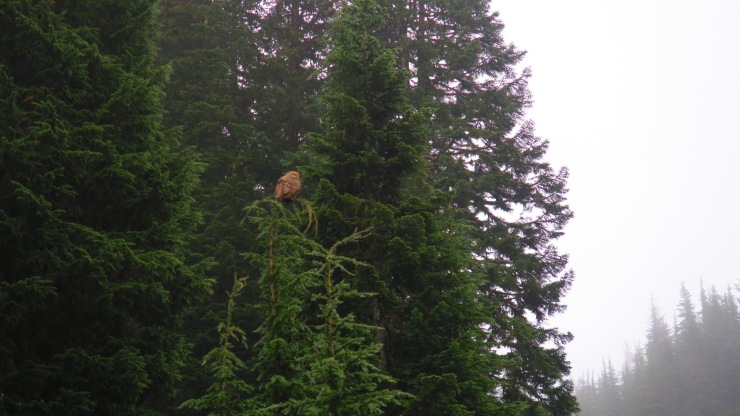 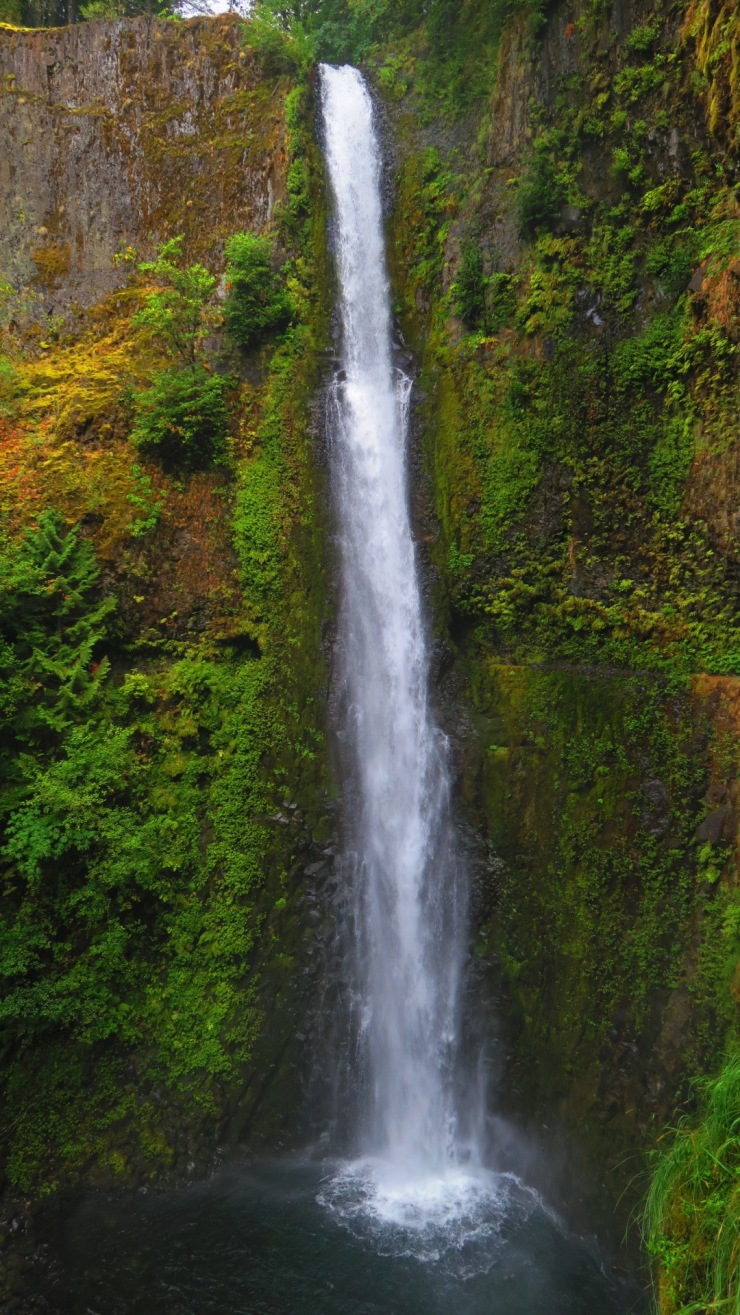